Dr. Danielle Lane on What to Expect During Your Egg Donor Cycle & Common Medications for Egg Donors (Video)

The goal of egg donation is to alter the normal process of ovulation to allow the ovary to produce multiple mature eggs in a given cycle. To understand how this occurs, it is important to first understand the normal menstrual cycle.

In a normal menstrual cycle, the human brain produces a hormone known as follicle stimulating hormone (FSH) which encourages the ovary to mature a single available egg. The egg matures in a structure called a follicle and the follicle produces a hormone called estrogen. Estrogen is important for the development of the endometrial lining which is where an embryo would implant. This egg is then released from the ovary in response to a second hormone produced by the brain called luteinizing hormone (LH). The released egg now enters the fallopian tube to be fertilized by sperm if available. For the next fourteen days or so the follicle from which the egg was released produces the hormone progesterone which keeps the endometrial lining stable. At the end of this time, if the egg has not been fertilized, the corpus luteum collapses and the endometrial lining now is unstable and sheds. This bleeding is your period. The period or menstrual bleed resets the menstrual cycle and the entire process starts again.

The success of egg donation depends on growing several eggs at once. Injectable forms of the natural hormones FSH (follicle stimulating hormone) and/or LH (lutenizing hormone) (gonadotropins) are used for this purpose. In addition, other medications (agonists and HCG) are used to keep ovulation from happening too soon. Sometimes the ovaries respond too strongly—and sometimes not enough. Medications are adjusted to accommodate response.

While these medications are generally well-tolerated, some mild side effects can occur. Below we will review medications used in egg donation cycles and possible side effects that should be anticipated.

Here are some medicines commonly used in an Egg Donation cycle: 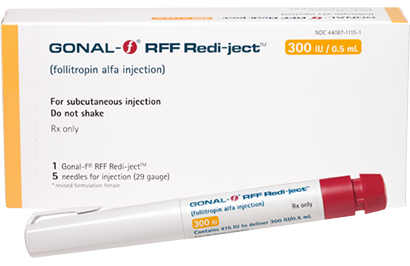 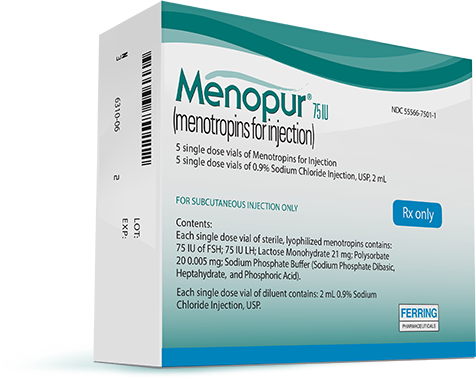 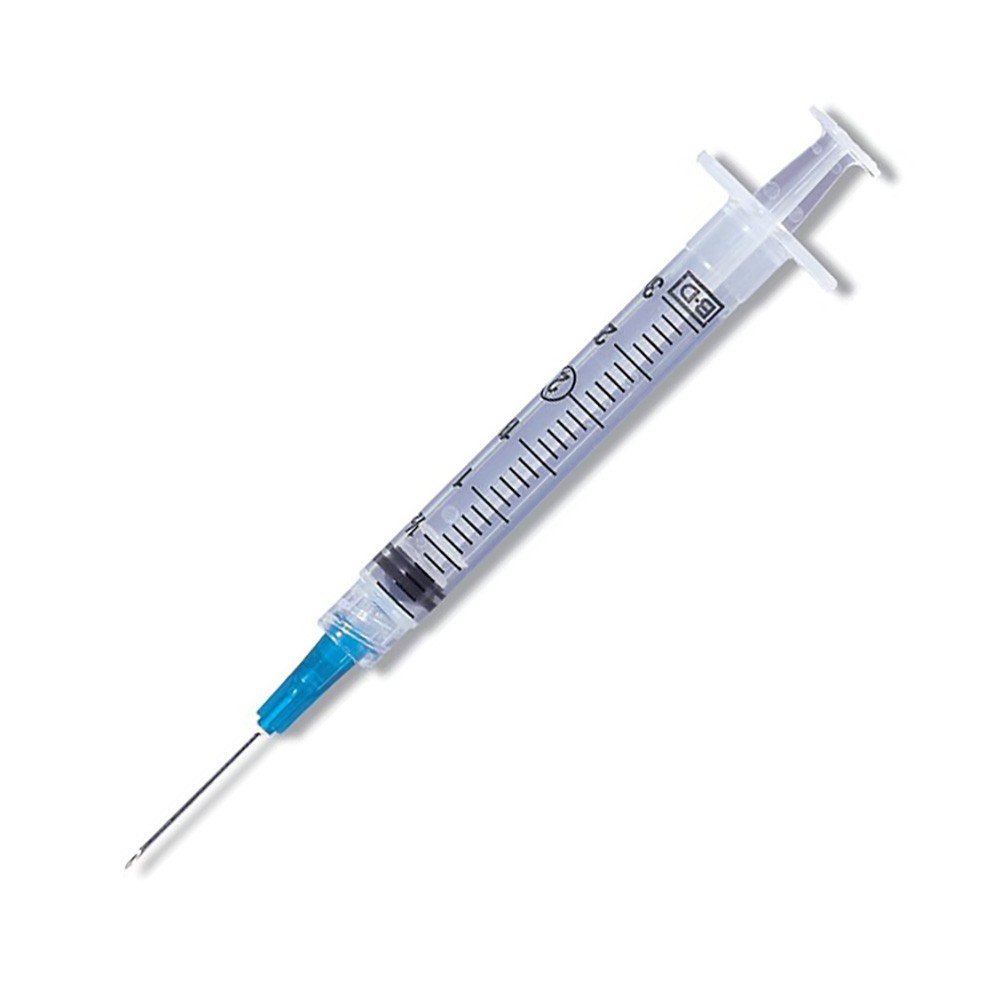 These are all natural hormones that help the ovary to grow several eggs (oocytes) at once over 8 or more days. These injections may be given either just under the skin (subcutaneously) or directly into muscle (intramuscularly). Taking any medicine in an injection can cause bruising, redness, swelling, or pain at the injection site. In rare cases, there may be an allergic reaction. Some women have bloating or minor discomfort as the ovaries briefly become enlarged. About 1% of women will develop Ovarian Hyperstimulation Syndrome (OHSS). , but this can be avoided by use of Leuprolide acetate as a trigger shot (see below)Other side effects can include headaches, weight gain, feeling tired, mood swings, nausea, or clots in blood vessels. In rare circumstances, especially when testing prior to the egg donation cycle has shown that the woman has a lower number of eggs available, the medications may not help multiple eggs to grow. There may be very few or even no eggs harvested at the egg retrieval procedure, or the cycle may be canceled before egg retrieval can be attempted. Egg Donors are screened in advance to minimize the risk of this occurring. 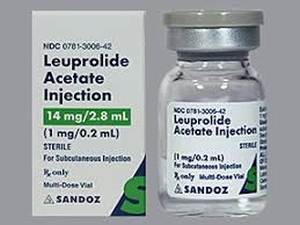 This medication is an injection. There are two forms of the drug. One is a short-acting form that needs to be injected daily, and the other is a long-acting form that lasts for 1-3 months. Leuprolide is often given to help prevent the release of eggs (by ovulation) before they can be retrieved. Leuprolide can also be used to start the growth of eggs, or trigger the final stages of their growth. Leuprolide is approved by the FDA (U.S. Food and Drug Administration), but not approved for use in IVF. However, leuprolide has been extensively studied in IVF patients, and has been used in IVF for more than 20 years. Leuprolide can cause a number of side effects. These include hot flashes, vaginal dryness, nausea, headaches, and muscle aches. Some women may retain fluid or feel depressed, and long-term use can result in bone loss. Since Leuprolide is taken as an injection, skin reactions can also occur where the injection is given. No long term or serious side effects are known. If Leuprolide is given in a cycle after ovulation has occurred, you should use condoms for birth control in that month. Leuprolide has not been linked with any birth defects, but should not be taken once pregnant. 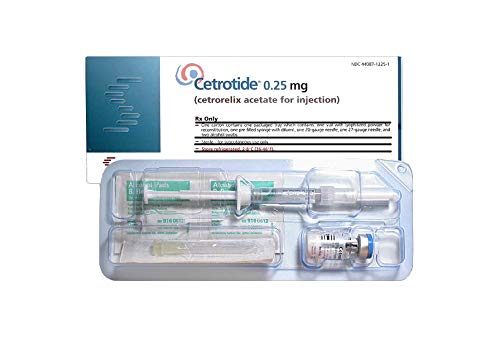 These drugs are used to prevent premature ovulation. Side effects may include stomach pain, headaches, skin reactions where the shot is given, and nausea. 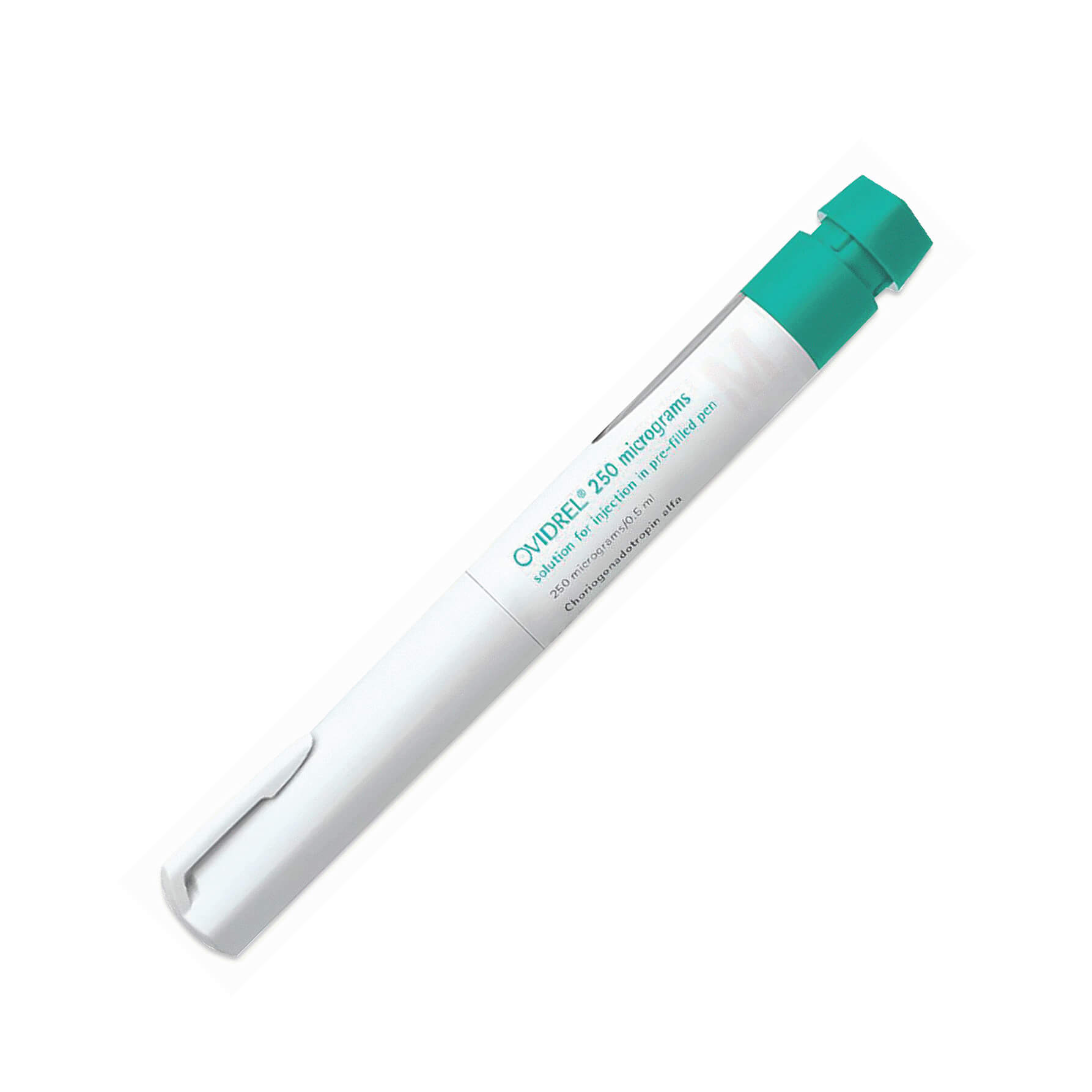 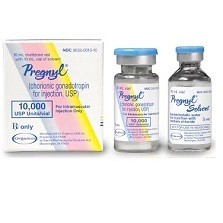 hCG is a natural hormone used in IVF to help the eggs become mature and ready to harvest and be fertilized. This drug must be taken at just the right time to retrieve mature eggs. If the drug is taken too early or too late, it can result in no eggs during an egg retrieval. Side effects can include breast tenderness, bloating, and pelvic pain. 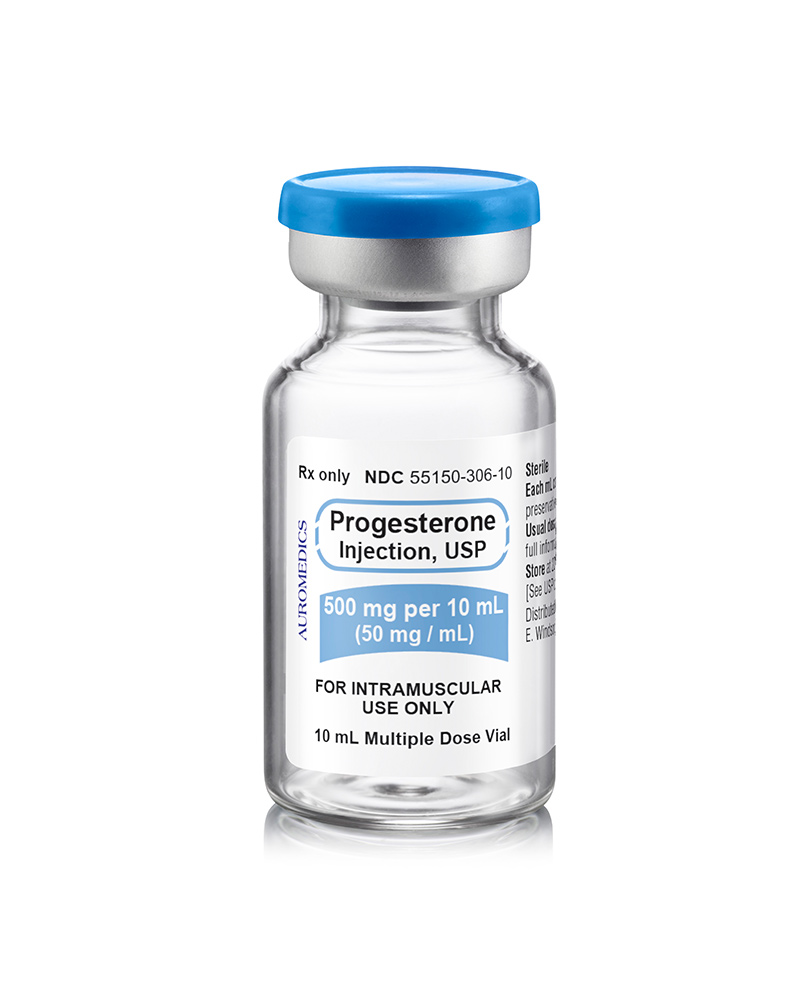 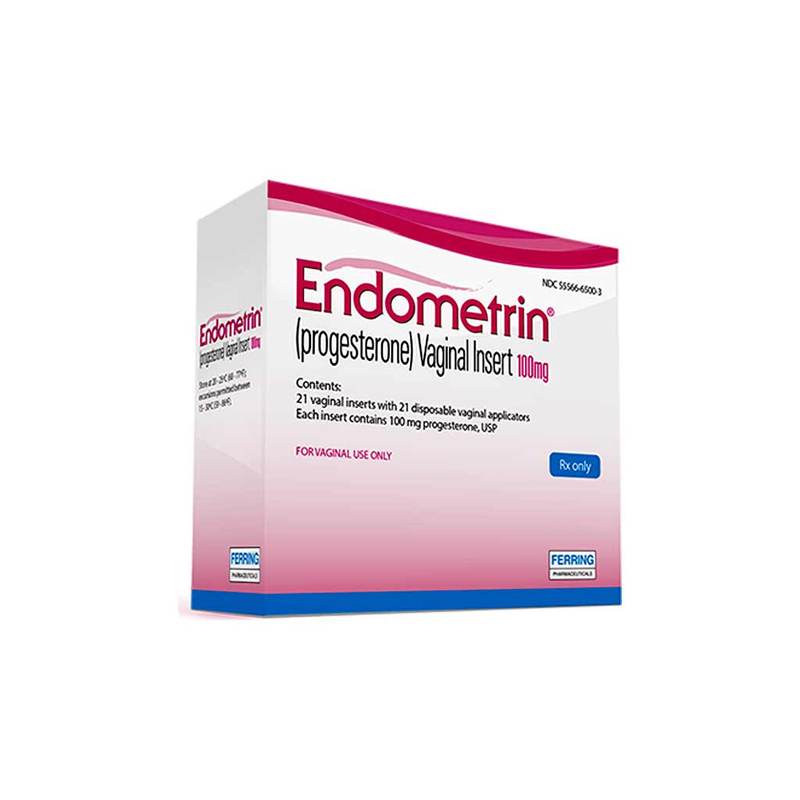 This hormone is normally produced by the ovaries after ovulation. In some women, after egg retrieval, the ovaries will not produce enough of these hormones to induce a menstrual cycle. Adding it helps ensure that you have a withdrawal bleed. In egg donation cycles, Progesterone is taken as a single intramuscular injection (injection into muscle, most commonly in the hip) at the end of the egg retrieval. It can also be taken by placing a suppository (Endometrin®, Crinone®, Prochieve®, Prometrium®, or pharmacist-compounded suppositories) directly into the vagina as frequently as three times per day after egg retrieval. Progesterone has not been shown to cause birth defects. Side effects of progesterone can include depression, sleepiness, or an allergic reaction. The intramuscular injection can cause infection or pain at the injection site. 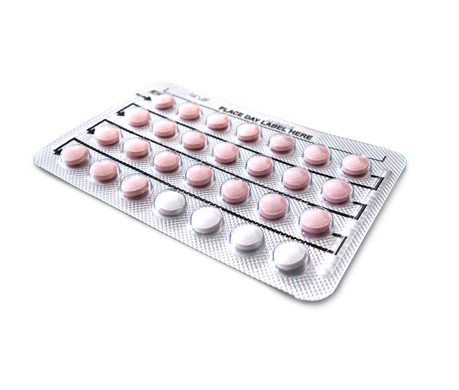 Your doctor may ask you to take birth control pills for 2 to 4 weeks before starting hormone stimulation injections. This is done to slow down hormone production or to schedule a treatment cycle. These oral contraceptives contain estradiol and progesterone. Side effects include bleeding, headache, breast tenderness, nausea, and swelling. There is also a risk of blood clots or, very rarely, stroke. 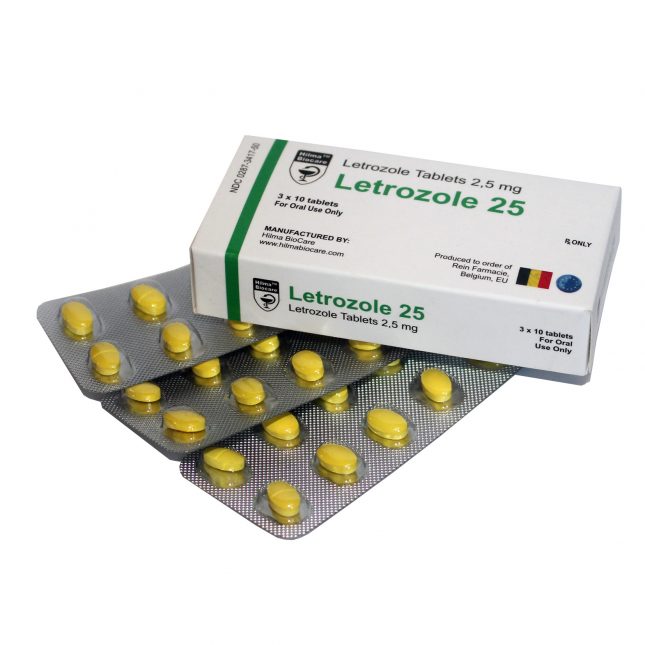 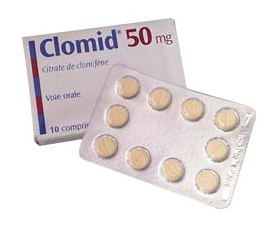 These medicines are used in some treatments either to increase the number of growing eggs or reduce the estrogen level in the bloodstream. Short-term side effects in some women include headache, hot flashes, or increased moodiness. They are taken by mouth in pill form. When used in egg donation cycles to begin a stimulation cycle, they are typically followed by the use of injectable gonadotropins (described above).

Antibiotics may be given for a short time during the treatment cycle. They may also be given on the day of the egg retrieval procedure. This may reduce the risk of infection from the egg retrieval. Antibiotic use may cause a number of side effects, including vaginal yeast infection, nausea, vomiting, diarrhea, rashes, sensitivity to the sun, or allergic reactions. Other medicines such as baby aspirin may also be recommended.

Apply to Become an Egg Donor at Fertility Lane
https://lanefertility.eggdonorconnect.com/donorprescreen/

The Role of Genetic Carrier Screening in Donor Egg IVF

8 Questions for Egg Donors to Ask A Clinic or Agency

Requirements for Becoming an Egg Donor

What Should I Consider When Selecting My Egg Donor?

The Egg Donor's Guide to Getting Your Donor Application Accepted