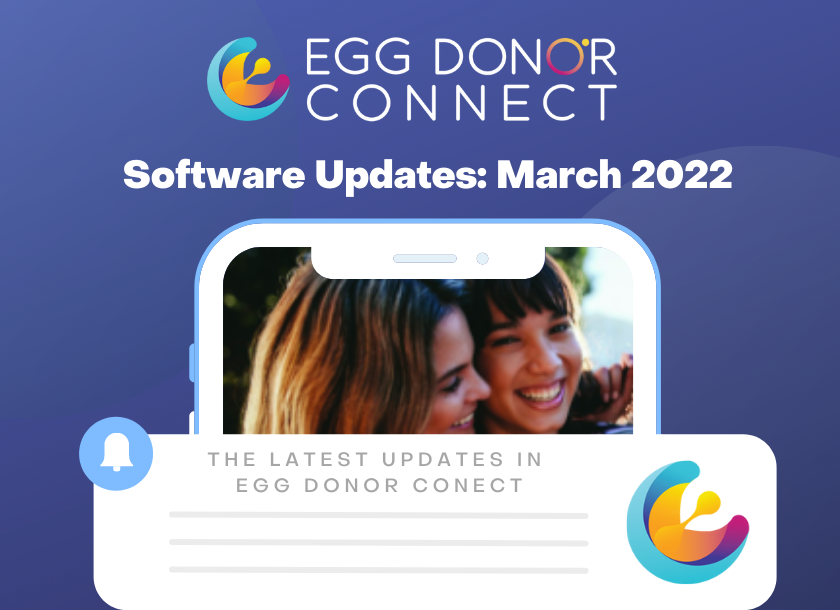 EDC is continually adding new features to improve the experience for your team, egg donors and intended parents.

To keep you up-to-date on the latest in EDC, this is the first EDC Enhancement Newsletter, which we will be publishing on a regular basis moving forward!

In 2021, Apple enacted new privacy policies that negatively affected the performance of advertising on Facebook & Instagram by limiting the way websites communicate conversions to Facebook (using FB's Pixel). By integrating EDC with Facebook's new API (a different way to send conversions to Facebook), we side-step Apple's privacy updates to increase the performance of your ad campaigns.

If EDC manages your social media ads, we already integrated your database with Facebook's API. If you run your own ads or work with a digital marketing firm, please email support@eggdonorconnect.com and we will email you the information we need to complete your Facebook integration.

Who said there's no such thing as a free lunch? 🥪

3. New Feature: FAQs on Your Prescreen ❓

Egg donors may be curious to learn more about you and your process before taking the time to complete your prescreen. In EDC, you now have the ability to include an FAQ on your prescreen (shown below) to help communicate more valuable information to your potential applicants.

Clinics who have added FAQs to their egg donor prescreen are seeing a higher conversion rate.

To create your FAQs in EDC go to Settings > Donors FAQs. 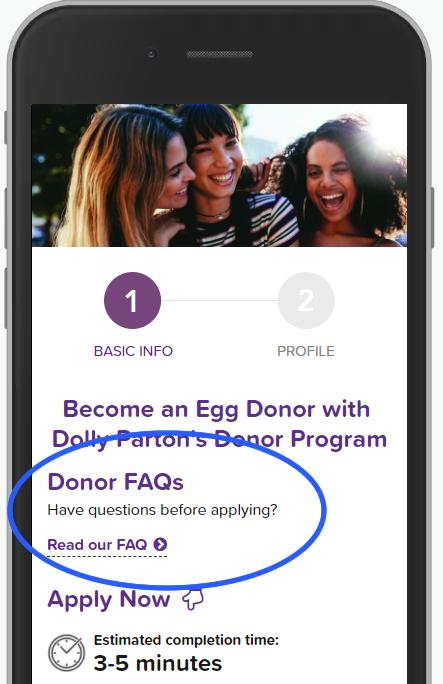 The case of the missing text message 🕵️ has been solved!

Before this update, anytime a text message was viewed in EDC, the thread would automatically be marked as read and the related notifications (e.g. the notification bell in the top-right corner) would disappear.

Some EDC users said this caused issues if a team member opened a text message thread that was not meant for them.

To improve this workflow, text messages in EDC are not marked as read until the new "Mark as Read" button is clicked (circled in the screenshot below) or someone has replied to the text message.

5. Requiring a Minimum # of Photos to Submit a Full Questionnaire 📷

Prior to this update, an applicant could submit their full questionnaire after uploading only a single photo.

After this update, we can specify the minimum number of photos you would like an applicant to upload before submitting their full questionnaire (as shown in the screenshot below). We hope the new photo requirement helps save your team time from collecting pictures after a full questionnaire has been submitted.

If you'd like to add a minimum number of photos to your questionnaire, please email support@eggdonorconnect.com and let us know how many photos you'd like to require!